Which companies use Ruby on Rails?

There are separate projects on the "rails" in almost any large company, for example, Google, Apple and Sberbank.

Is it promising to learn Ruby on Rails

At the same time, different people understand different things by “development”. For example, PHP is popular thanks to common CMSs like Wordpress, Joomla or Drupal. The number of vacancies on it is huge, but in fact they are not looking for developers, but webmasters to support the sites of small companies and finish the WordPress plugin. This is a boring and not very well paid job.

But most beginners, when they see the number of vacancies in PHP when choosing which programming language to learn, choose it. As a result, Ruby on Rails developers are always in short supply, so the average salary of a Ruby developer is higher (as well as Python developers).

When to Use Ruby on Rails

Web applications are often made to make money. To test the business model, you need to show your product to customers as soon as possible and see if they will use it, if they will pay for it. Ruby on Rails allows you to launch the first version of the application in 2-3 months.

For example, the first version of UCHI.ru, according to the main developer, was made in less than a month!

A site with simple functionality on rails, if you know how, can be done in an evening.

In order to create new applications faster with less effort, developers came up with frameworks - a special set of libraries for a programming language that does not need to be written anew every time.

For Ruby - Ruby on Rails framework, for Python - Django, for PHP - Laravel, Symfony, Yii, for Elixir - Phoenix. For Node.JS, Go and Java, there are no monolithic frameworks yet, just a set of libraries.

The difference between a framework and a set of libraries can be described as follows: A framework is a skeleton on which we build our code. When working with individual libraries, our code is the skeleton. A framework is a set of libraries that allows you to implement all the necessary basic functionality. Plus, the mutual consistency of the style and functionality of the components, end-to-end documentation is important.

To consolidate: Ruby is a programming language, Ruby on Rails is a framework written in Ruby.

Which companies use Ruby on Rails?

GitHub, GitLab, AirBnB, Twitch, Shopify, Fiverr, Twitter are written in Ruby on Rails. Of ours - InSales, UCHI.ru, Aviasales. There are sepa... 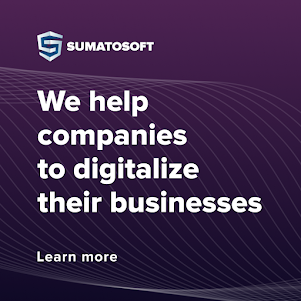